GET THE Latest Recipes VIA EMAIL

Cornbread – That classic Southern food staple that pairs so well with things like chili and barbecue, or just tastes great on it’s own with a slab of butter. If you want to go beyond the basic box mixes, you’ve come to the right place!

We’ve compiled this great collection of easy Cornbread Recipes from GypsyPlate and around the internet for you. Whether you’re looking for sweet, savory or even spicy, you’re sure to find a new favorite.

From basic to fancy cornbreads, novel recipes that use cornbread like salads and casseroles, and even some great breakfast creations, you’ll find a huge variety of recipes here.

Cook your way through all, and see which ones make their way into your regular rotation. Have fun…

If you’ve never made cornbread before, you should probably start with something simple. If it’s your first time making and tasting cornbread, you are in for a treat, and making a traditional cornbread will prepare you for some of the variations on this list.

Get the Recipe @ recipetineats

If you like your cornbread sweet, then you need to make this easy buttermilk cornbread. It has crispy and crunchy edges, but it’s still soft and fluffy in the center. This bread is wonderfully sweet and super easy to make.

Sometimes, we just require a little spice in our lives. If you’re looking for a spicy bread, then you need to try making this bacon cheddar jalapeño cornbread. The cornbread is made from scratch, and it can be made savory or sweet – so everyone is happy!

This southern cornbread recipe brings a southern family classic to your dinner table. Just because it’s a side dish doesn’t mean it can’t be the best part of the meal, and if you’re already making a southern dish for dinner, this cornbread is the perfect pairing for it.

Making a cornbread casserole might sound funny at first, but this casserole is made to impress! It’s a blend of corn muffin mix, canned corn, creamed corn, seasoning, eggs, and butter, which all get baked together to make a creative casserole.

Let’s be honest, a beer shrimp salad sounds crazy. But this spicy beer, butter shrimp, and cornbread panzanella salad uses fresh cornbread and buttery shrimp in a uniquely delicious salad that is sure to surprise your family with how great it is!

Another great traditional cornbread on this list is this Mexican cornbread. It tastes so fluffy and buttery, you’ll be craving for more, right after you make it! Whether you’re a cornbread expert, or you’re new to it, you’ll be sure to love it!

Get the Recipe @ wellplated

This farm stand cornbread is just absolutely fantastic! The cornbread is topped with corn, okra, tomatoes, jalapeños, zucchini, red onion, thyme, and feta cheese. All the ingredients combine to bring together an awesome cornbread.

Whether or not you’ve had jiffy cornbread before, this recipe will blow you away! It’s super moist. So if you aren’t a fan of dry and crumbly bread, then you’ll love this one. It takes only twenty five minutes to bake, and it’s super yummy.

The best part of cornbread is that you don’t just have to eat it on it’s own, you can also use it as an ingredient. This chorizo cornbread stuffing is filled with a ton of fantastic flavors, and it’s got a little kick of spiciness to it too!

Get the Recipe @ damndelicious

It’s fun to make recipes that coincide with the Halloween season, and this pumpkin cornbread with cinnamon honey butter recipe is the perfect recipe to get into the Halloween spirit. It’s also filled with sweet pumpkin spices.

This homemade cornbread tamale pie is easy to make, and it tastes great! You can make the entire pie using only one skillet. It’s inspired by Mexican cuisine, and it uses seasoned ground beef and cheesy cornbread to make a nice pie.

Get the Recipe @ lovebakesgoodcakes

Another recipe that uses cornbread as an ingredient is this cornbread salad recipe. It uses cubes of cornbread, fresh vegetables like corn, tomatoes, and green peppers, and it’s all topped off with a creamy ranch dressing.

Get the Recipe @ 40aprons

15. Cowboy Casserole with Cornbread and Chicken

Everyone loves a recipe that’s homemade and uses good ingredients, and that’s just what this cowboy casserole with cornbread and chicken does! Best of all, it’s made with only one dish, and it’s perfect for a weeknight supper.

If you’re looking for something with a little more kick, try this cheddar bacon jalapeño cornbread loaf. It mixes the flavors of sharp cheddar cheese with the smoky bacon and the spice of the jalapeño peppers to make an amazing cornbread loaf.

If you’d prefer to make a recipe that’s more of a treat, we’ve got you covered! The cornbread pudding had all of the great flavors without any dryness or crumbliness. The recipe also creates cornbread muffins, which pair great with the pudding.

As you might have noticed with this list, cheese and jalapeños pair wonderfully with cornbread, so it’s only fitting we include this skillet chili recipe, which uses an awesome jalapeño cheddar cornbread crust that you’ll love.

Cornbread can come in any shape and size, so why not make some cornbread muffins? They’re made with creamed corn, which helps keep them super moist and fluffy. They work great as a snack, or as a full-blown dessert.

Get the Recipe @ recipetineats

While it’s not a super popular combination, honey and cornbread go great together, so it’s only fitting that we mention this honey cornbread. It’s a bit sweet, amazingly tender, and absolutely delicious. The cornbread makes a great end to a meal.

Another tasty casserole on this list is this ground beef casserole with cornbread crust. The casserole itself uses tomato soup, corn, and chili seasoning, and the crust is made up of perfectly cooked cornbread that you’re sure to love.

Fans of Chipotle and spiciness are sure to love this one! This spicy chipotle cornbread recipe makes a dish that’s sweet and spicy, and it pairs wonderfully with a bowl of warm soup – even if it isn’t particularly cold outside.

This pulled pork stuffed cornbread is a must-have for anyone who’s a huge fan of pork, or recipes that are packed with flavor. It makes for a great side dish, and it pairs well with pretty much anything, especially soups and stews.

Another awesome breakfast entry is these cornbread waffles with chili. They’re easy to make, thanks to its simple and common ingredients, and you can make them with honey, butter or jam – whatever you like on your waffles!

These cheddar garlic cornbread biscuits don’t just look great – they taste great too! They work well as a side dish for a holiday meal, but they also work as a nice appetizer or snack if you’ve got family over. They’ll be sure to love them.

Skillet fans, we didn’t forget about you! This skillet cornbread with blueberries is made with a cast iron skillet. It has whole wheat bread, and it’s cooked in a pan so the edges are perfectly crisp, and the center is nice and moist.

Sometimes cornbread can be a little heavy, but this brown butter cranberry pumpkin cornbread skillet recipe is a light version of regular cornbread, and it uses whole grains, pumpkin, maple syrup, brown butter, and tart cranberries.

You’ve probably never heard of using cornbread as croutons before, but once you make these cornbread croutons, you’ll never want to go back! They’re made with only three ingredients, and they can be made in under thirty minutes.

Get the Recipe @ joyfoodsunshine

This cheddar cornbread waffle BLT with chipotle butter recipe is an absolute win! It throws out the idea that BLTs have to use the same old boring ingredients, and it mixes things up by using waffles that are filled with buttermilk, jalapeños, and cheddar cheese.

If you’re craving something cheesy, this cheesy sausage cornbread quiche will satisfy your cravings! It uses two different types of cheese, savory sausage, cornbread, and eggs to create an amazingly cheesy and tasty dish.

Get the Recipe @ asouthernsoul

Time to bring out the slow cooker! This slow cooker honey jalapeño cornbread is the perfect mix of being sweet and savory, and it’s got a spectacular texture. Best of all, it’ll save room in your oven since it’s made with a slow cooker.

These cheddar cheese and bacon cornbread muffins show that you can use cornbread to make something that’s creative and delicious! They’re great for the fall season, and they make for a wonderful snack or a side dish.

Finishing things off, we have this strawberry cornmeal cake with buttermilk glaze. You heard that right – it’s a cake that’s made of cornmeal, and it’s spectacular. The cake is also filled with scrumptious sweet strawberries to make a cake that’s bursting with flavor.

There you have it, thirty five great cornbread variations. Pin or bookmark this collection of great cornbread recipes so you always know where to find it. And be sure to subscribe to the GypsyPlate mailing list, we’re always cooking up new recipes for you!

Looking for something to pair with your cornbread? Check out our collection of favorite Chili Recipes!

Did you make this recipe?

Join the GypsyPlate mailing list and get easy dinner recipes right in your mailbox. From homestyle comfort food to exotic dishes from around the world.

This site uses Akismet to reduce spam. Learn how your comment data is processed. 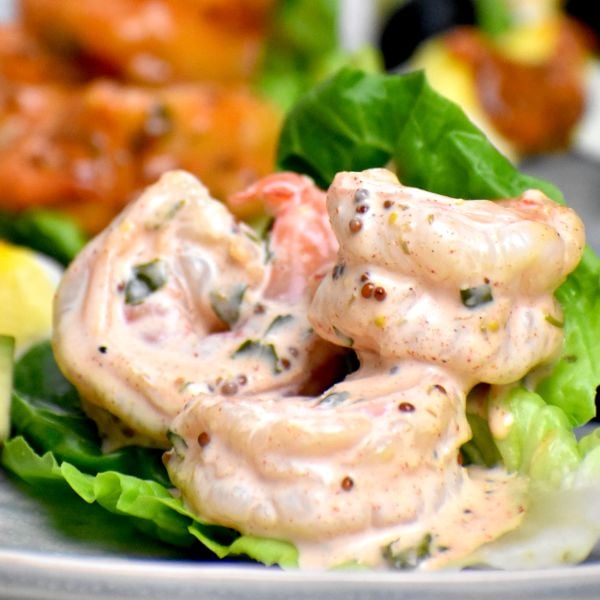 Travel a word of flavors with GypsyPlate. Sort our recpes by regions:

How to make Zuppa Toscana (3 methods)